Prolonged remote connection (taken from the 24 hour act)
As artists Hughes and myself are interested in human interaction and the innumerable variables of using the public within a given piece. Our plan is to create a fictitious 24hour day of actions ranging from the commonplace to the unfamiliar, meticulously planned to the second. We are looking into and exploring themes of control in a situation that is so multivariate, which becomes even more important when multiple people in different locations are living out the “day” requiring precise synchronization.
Prolonged remote connection is an extract from the said piece in which the ideas of control are almost undeniably realized.
The two participants (separated by 61.9 miles) are to stop any action and move to a pre decided location in which they will stand in a predecided direction, looking towards a pre decided point in space for a pre decided interval of time.
Local participant       – 520 58’ 0” NORTH, 10 10’ 0” WEST
Remote participant – 530 40’ 49”NORTH, 10 32’ 57” WEST
Local participant – NORTH, NORTH WEST
Remote participant – SOUTH, SOUTH EAST
Local participant – 117m above sea level
Remote participant – 62m above sea level
Distance between two participants – 99,618m 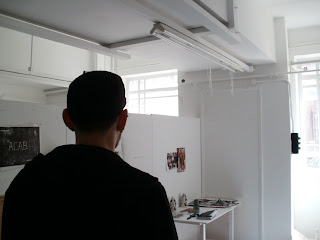 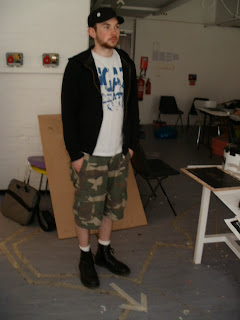 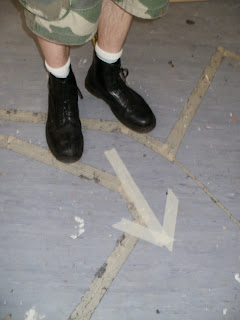 As well as creating the DIY STENCIL, T-shirts and bags of this design i decided to create a silk screen print as well.
Posted by Unknown at 11:40 No comments:

Email ThisBlogThis!Share to TwitterShare to FacebookShare to Pinterest
Labels: PRINTMAKING

50 paintings showing the different stages from yellow to blue. 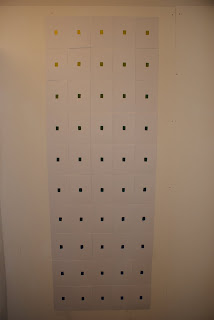 I took yellow paint and added a tiny bit of blue, over and over again until i ended up with the blue that i started with. This went through 50 stages of colour to end with the original blue. This work is predominantly a comment on the selling out of the lib dems to the conservative part in 2010 something which i don't think many of our generation are going to forget and forgive any time soon. There is also a film i made of this piece which is on my Vimeo site if you'd like to see it just follow the link at the bottom of the post.

Email ThisBlogThis!Share to TwitterShare to FacebookShare to Pinterest
Labels: VIDEO 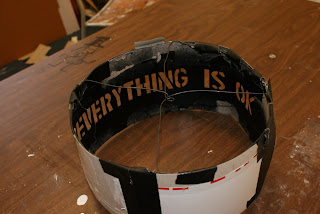 So yeh orginally "Everything is ok" started off as this rolling stencil with spray can fixture to making spreading the message quicker and easier. This however due to several design problems failed, im sure ill expand on this idea once again when the time calls for it. 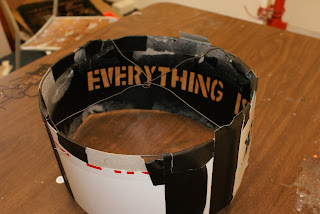 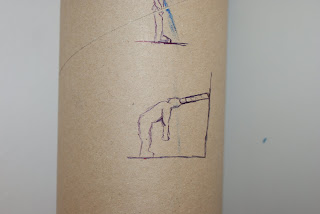 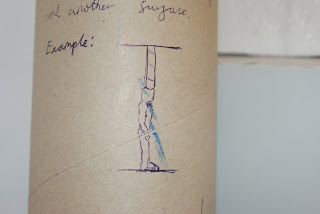 This is a performance art object, follow the instructions written on and use the example drawings given to inspire you to use the object creatively. 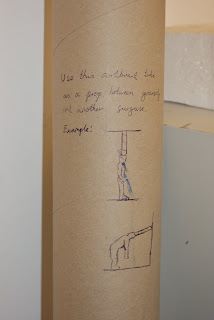 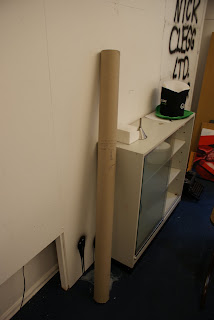 For anyone who doesn't know ACAB stands for "All Coppers Are Bastards". I made this woodcut print around the time of the momentous occasion that recently infected our media that was the Royal Wedding. Alright so yeh i respect that some people love the moarchy and see this marriage as a huge deal for the image of this country, personally i do not agree with that. I'm more concerened with the fact that people were pre-emptively arrested before the royal wedding, BEFORE any crimes were actually committed, whats even more concrening is that fact that this was hardly reported on. Little bit reminiscent of 1984 no? 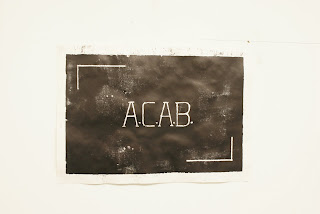 Email ThisBlogThis!Share to TwitterShare to FacebookShare to Pinterest
Labels: PRINTMAKING

We are all in this together. 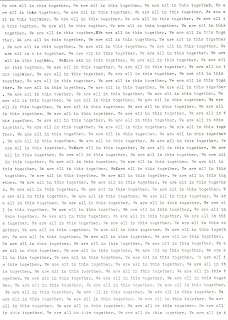